10 Finally, be strong in the Lord and in the strength of His might. 11 Put on the full armor of God, so that you will be able to stand firm against the schemes of the devil. 12 For our struggle is not against flesh and blood, but against the rulers, against the powers, against the world forces of this darkness, against the spiritual forces of wickedness in the heavenly places.  Ephesians 6:10-12

In the past few blogs I have been examining the major areas of testing all believers must endure to grow strong in the Lord.  In all of these different areas, some never move on to bigger and better things.  The Kingdom of God does not offer “social promotions.”  Some stay in their testing due to neglect.  Others become so infatuated with their “trials” and wrongly conclude that failure is the norm.   Regardless the reason, failure to proceed results in little or no growth.  God calls us to walk in victory and doesn’t want any of His children living below the spiritual poverty line.

Another major area all believers must learn, grow, and be tested in is the area of Spiritual Warfare and Deliverance.  Some new believers will arrive here right from the start.  Why?  They come to Christ straight out of bondage.  It is imperative these new converts learn and keep their freedom in Christ.  Not everyone comes to know the Lord from a sterile church pew.  Some find the Lord at the bottom of a bottle or while in the clutches of witchcraft.  Staying free is imperative for them.

Outside of this group I just mentioned, my concern is that most believers never allow the Lord to take them through the process of becoming a warrior.  Over the years the church has treated spiritual warfare like our nation treats its armed forces.  Hey, in America it is always someone else’s job to fight wars and engage in battle…. not the everyday citizen.  This is not true for everyone, but it is true for many.

The truth is that in God’s Kingdom all His children are raised to be free, ready, willing, and able to conduct spiritual warfare.  I know not all are called to take the lead, but all are called to fight!  Unfortunately, over the centuries too few have heard the call to arms and push back the enemy.  Remember, “the gates of hell are not supposed to prevail.”

The first order of business in Jesus’ ministry had to do with a confrontation with Satan.  Our lives are not different.  Many believers have needlessly been mowed down spiritually because:

Therefore, those who have neglected their training and testing don’t even know where the actual battle is being waged!  Like many of the previous generations of believers, they choose instead to spend their energy and zeal fighting other Christians.  They become vessels of contention and strife rather than warriors of deliverance.  Satan just sits back smiling, because he has not even been attacked.  As someone once said, “The Christian army is the only army that shoots its own wounded.”

If you have not allowed the Lord to train, teach, and test you in this area…. please allow Him to do so.  We are entering into a season when the Kingdom desperately needs its warriors trained, tested, and ready to fight.  Our verse in Ephesians reminds us that our warfare is not in the physical, but spiritual realm.  Our call is to “be strong in the Lord” and able to draw on His strength.  There is no time like the present to pursue the Lord and allow Him to reveal to us our armor.  Are you ready? 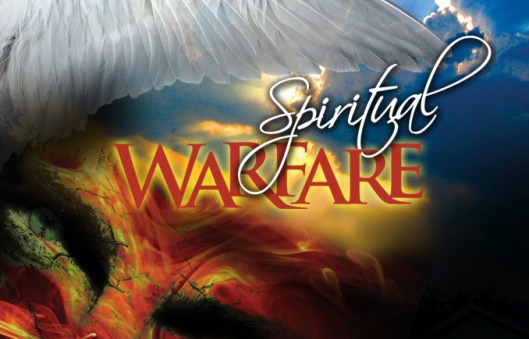 Leave a Reply to articles of technology Cancel reply