a mean God, Dillon Burroughs, explaining God, funeral of a child dying, God searches for us, God talking a child, God's love, heart deformity, inaccurate concept of God, Jesus came to reveal the Father, Luke 15, what kind of God do you believe in 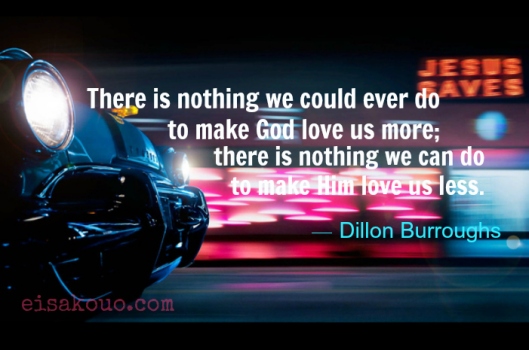 Many people go around asking others, “Do you believe in God?” The response is usually in the affirmative. Most do believe in God. Maybe the better question to ask is, “What kind of God do you believe in?” This gets to the heart of the issue. There is something worse than being a non-believer… it’s possessing an inaccurate or erroneous concept of who God really is. A lot of people want to believe in God, they just don’t want to believe in the God of the Bible. Why? They are not impressed with the Deity most Christians have presented… either by tongue or deed.

All of our lives we attempt to explain what God is really like to those around us. This usually happens in a passive way. Let me explain. I was officiating the funeral of a young infant who died prematurely days after birth. The little infant had a heart issue. A lot of well meaning church friends came by to offer comfort to the hurting and troubled parents. On more than one occasion some well meaning Christian said something along these lines… “They were sorry about God taking their baby or God must have wanted or needed their child in heaven“… or some variation of that phrase. After so many people said this to these parents, it was left to me to explain why such a mean, vindictive God took their child. The truth was that God didn’t take their child from them. The child died of a heart deformity. The Lord didn’t give their child a deformity so He could take her in heaven.

So why do we say such things? One reason is we don’t know what to say in such situations. The best course of action to take is to say nothing… simply love on people. The other reason we say such things is because we have heard it uttered before from some other ne’er do well. Since God is responsible for everything from earthquakes to hurricanes, it must be His fault. It is much easier to blame God than to seek to understand the effect of sin upon the world. The truth is we live in a fallen world and bad things happen. It is not all God’s fault. My point is we give God a bad rap when we utter faulty theology in difficult circumstances. Yet, this is done everyday. More is caught than taught. When a sermon is later delivered about the love of God, most have difficulties in believing in God’s love because they only know of a God who kills little children, wipes out thousands of people with hurricanes, tornadoes, and earthquakes.

Jesus said one of the reasons He came to earth was to reveal His Father to people. How Jesus responded to people’s needs and His actions to the hurting gives us our best description of God. Jesus Christ came to planet earth to show us exactly what God is like. In Luke 15 Jesus shares three parables to reveal how God searches for us like a shepherd searching for his lost lamb, like a woman for a coin from her dowry and a father waiting for his lost son to return home. It’s not enough for any of us to believe in God; we must understand the nature of God … the God Jesus came to introduce. Is this the type of God you believe in?