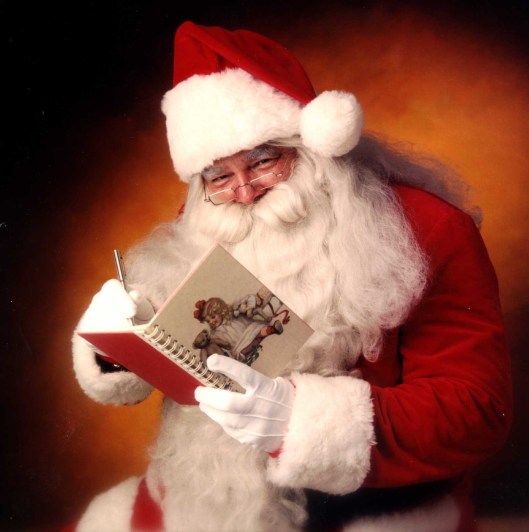 As you already know I am from the Southern USA. This past week I intercepted a memo from Santa Claus to folks living in these parts. It is imperative you read this memo… it will help you to understand what is going to be happening to many people around the lower United States.

To: All Southern USA Residents

“I regret to inform you that effective immediately, due the growing population, I will no longer be able to serve the Southern United States on Christmas Eve. However, I have provided a replacement for you, my third cousin, Bubba Claus. His side of the family is from the South pole. There are a few differences between us that you need to know:

1. Instead of milk and cookies, Bubba Claus prefers that you leave a RC Cola and pork rinds…. If possible include a few Moon Pies as well.

2. Bubba Claus’ sleigh is pulled by flying coon dogs instead of reindeer. (Santa made the mistake of loaning him a reindeer once, and his head now overlooks Bubba ‘s fireplace.)

3. Instead of hearing “On Comet, on Cupid, on Donner and Blitzen…” you’ll hear, “On Earnhardt, on Wallace, on Gordon and Jarrett.”

4. The classic Christmas movies such as “Miracle on 34th Street” and “It’s a Wonderful Life should be replaced with “Boss Hogg Saves Christmas” and “Smokey and the Bandit IV.”

5. Bubba Claus doesn’t wear a belt….So make sure the wife and the kids turn the other way when he bends over to put presents under the tree.

Thanks for your continued support….

Be Blessed this Christmas,