When you think about giving up, remember the Lord has not given up on you. It takes the Lord more time to develop some us.  Listen to the story below. 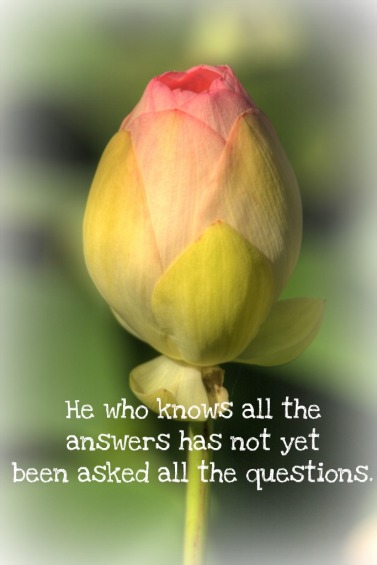 One day I decided to quit… I quit my job, my relationship, my spirituality… I wanted to quit my life.  I went to the woods to have one last talk with God.

“God“, I said. “Can you give me one good reason not to quit?” His answer surprised me…

“Then in the fifth year a tiny sprout emerged from the earth.   Compared to the fern it was seemingly small and insignificant… But just 6 months later the bamboo rose to over 100 feet tall.   It had spent the five years growing roots.   Those roots made it strong and gave it what it needed to survive. I would not give any of my creations a challenge it could not handle.”

He said to me. “Did you know, my child, that all this time you have been struggling, you have actually been growing roots. I would not quit on the bamboo. I will never quit on you. Don’t compare yourself to others ..” He said.  “The bamboo had a different purpose than the fern … Yet, they both make the forest beautiful.”   Your time will come,” God said to me. ” You will rise high! ”