Americans don’t really understand “kingdom life” because we live under a democracy.  Now we can get enamored watching a royal wedding or a coronation service.  Simply put, we don’t have an understanding of what it means to live in a kingdom because we lack a practical frame of reference.

Many of you who read this blog and receive its emails live in a kingdom.  You may pay homage to a king or queen and understand more practically the benefits of living in a monarchy.  I know that some kingdoms are not so admirable.

The message of the Bible is primarily about a Kingdom.  Our Father, the Creator chose the concept of a Kingdom to communicate His purpose, will, and plan for mankind.  I don’t believe you can really understand the Bible without understanding this truth.   When we fail to see the activity of God as “Kingdom Activity”, we have a tendency to interpret the activity of God and ourselves as merely “religious” activities.  I have to remind myself that I live in God’s Kingdom.  If not, I too will fall into the trap of being religious because I think my Father requires this type of activity from me.  I am thankful that I am a part of the Kingdom of God.  I am not chained to a set of religious duties because I think God expects these types of activities from me.

God Himself stands alone as the perfect prototype of a government built upon righteous judgment.  All the kingdoms of the earth are attempts to imitate the perfect Kingdom of God.  So what are some of the characteristics of God’s Kingdom He is seeking to establish?

There several others characteristics I could mention.  But these are enough to get us thinking along the right lines of thought.

The question is how do you view the operations of God in your life?  Do you see yourself in a relationship with the King of Kings or are you simply part of a religion?  There is a big difference.

I will be taking the next few days examining these issues and hope you will follow along with me. 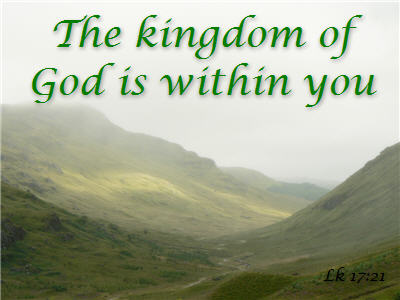