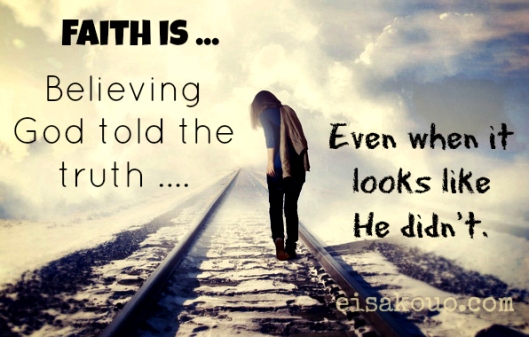 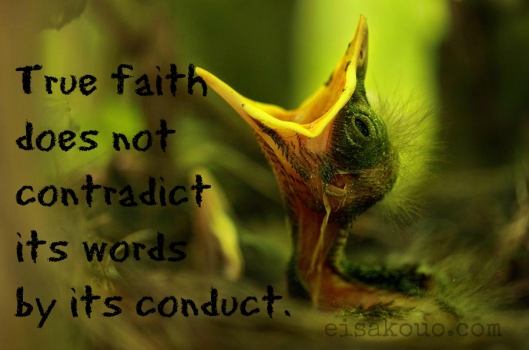 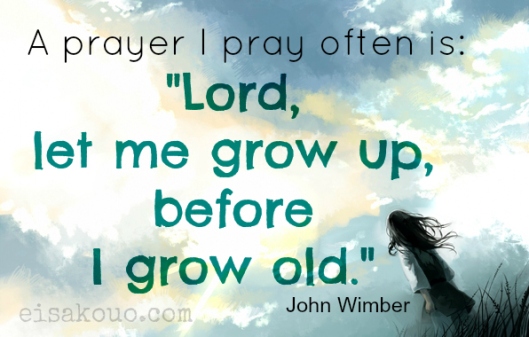 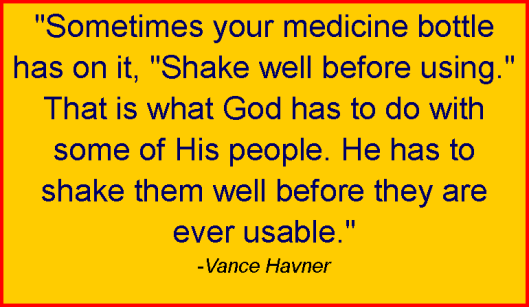 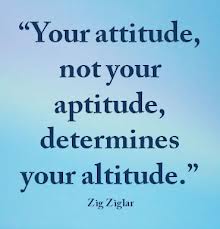 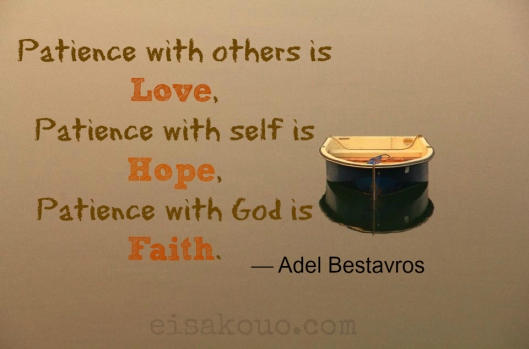 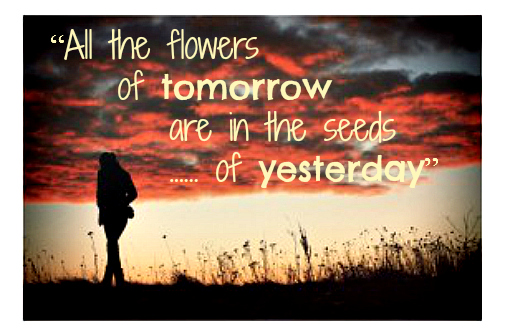 Have a Blessed Weekend

If you enjoyed these you might want to check-out Inspirational Prayer & Faith Quotes, Victory Picture Quotes and Encouraging Faith Quotes (I). 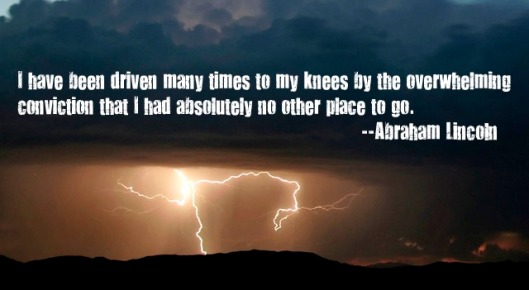 Back in the 80’s I was fresh out of seminary and had taken a position as pastor at a church.  I placed an ad in the local paper stating I did spiritual counseling.  It wasn’t long before a middle-age lady made an appointment for counseling.  I was excited.

She came alone and began to share her problem.  In the past few months she believed some spiritual entity had come to live in her home with her two teenage children.  She called it a ghost or spirit.  It did all sorts of classic ghostly activities like rattling chains, turning on/off lights, turning on/off the television and opening and closing doors.  In addition, she heard it walking around upstairs and heard it making other types of sounds periodically.  It never harmed her or her children, just scared them.

I was kind of shocked.  I had minored in psychology, received a Master’s Degree in Family Counseling and spent three years working on a Psychology Unit.  I dealt with major crises every day.  I thought I was ready for any type of psychological problem.  Yet this lady walked in and started talking about being bothered by ghosts.  To say I was somewhat skeptical was an understatement.  Yet, I could feel the Lord telling me to be patient and stick with her.

Since her children were older, I asked her to bring them into the session so that I could talk to them.  One was 15 and the other 18.  They shared the same stories.  Sometimes the events would happen when they were alone and on other occasions the ghostly episodes occurred when they were together. All vouched to the validity of the presence that now lived in their house.  Basically she wanted me to get rid of ghost.  She did come for “spiritual” counseling, remember.

I really didn’t know where to begin, but since the buck was stopping with me, I took the problem to a pastor’s meeting I attended every week.  Thankfully, some of these guys were more seasoned in “ghost busting” than me.  Who ya gonna call?  They shared two important principles which I have used again and again in my ministry.  The first principle they shared was no spirit, principality, or demon comes without being invited in some fashion. In other words, a door has to be opened.  A verse of scripture I learned later was Proverbs 26:2 “so the curse causeless shall not come.”  So the first thing I needed to do was discover what or who had opened that door.  The second principle I will share in a moment.

At least now I had a place to begin.  In the next session I told the mother that someone had to open a spiritual door that had given the presence the right to move into her house.  As we talked it was soon apparent that neither she nor her children were responsible.  She admitted that she was estranged and separated from her husband.  The reason for this separation was due to his excessive drinking and “creepy” behavior.  He had been accused and arrested of some voyeuristic activities.  The mother didn’t feel she could trust him anymore and had kicked him out of the house.  I felt in my spirit that he was responsible and must have left some items in the home which opened the spiritual door for this evil spirit.  I communicated this information to the mother and told her to search the house for the estranged husband’s stash.  They did and reported back nothing could be found.  I told them to look again.  They did and reported back that nothing was in the home.

Sometimes God’s voice is loud and sometimes “it is a still quiet voice.”  I felt the Lord telling me again to have the family search the house one more time.  I was hoping I was hearing the Lord’s voice correctly, because this situation was going to get embarrassing if they didn’t find something.  They went back to search once more.  This time the search was more thorough and the mother discovered the husband’s hidden stash.  In the back of their bedroom closet he had carved a hole and had it covered.  Inside the hole were several bottles of liquor, pornography magazines and tapes.  The Lord was right!

Let me make a parenthetical note here.  I have talked with numerous others who have had such items in their homes as well… with no demonic spirits attached.  One does not equal the other.  The satanic underworld is not vast enough to attach itself to every bottle of alcohol and every work of pornography.  In this case these items meant something deeper to the estranged husband.  I never talked to the man and never discovered his story.  But there was a spirit attached to this man’s hidden stash and probably a spirit was attached to the man himself.

This leads to the second principle the pastors taught me.  They encouraged me not to make a big fuss, if possible, when removing the demonic apparition from the home.  Some type of intervention had to be made.  They suggested instead of making a big production, start small.  In other words, don’t escalate things into a battle when you do not have to go in that direction.  I felt led to have the family rededicate themselves to the Lord.  In addition, I encouraged them to walk through the house singing praise songs to the Lord claiming their house as territory of the Lord.  They did and the evil spirit left without further occurrence.  Praise the Lord!

At the time I didn’t know that this would be the first of many more such encounters in my life.  The voice and leading of God were true and He is always faithful.

We are continuing to examine the top ten indicators that signify if we are growing in the Lord.  So far we have examined our change of appetites, gaining a disgust for shameful activities, love for the believer, and possessing peace.  Now we are going to examine two additional traits of a growing believer.

5.  Possessing Strange Patience!  Do you remember when crazy drivers, unloving people, and ungodly conditions found in the world upset you?   Sorry, maybe there is still some work to do here.  Patience appears strange to many because it is rare to see it at work in people’s lives.  Patience is a virtue and a fruit of the Holy Spirit.  Those growing in the Lord will possess this virtue because the Lord uses it in a mighty way for Kingdom advancement.

When we are patient and longsuffering like the Lord, we are able to minister to people who are currently displeasing to God.  Like the Lord, we are able to love the unloving.  Patience gives us “God’s Capacity” for people to meet people’s needs in the worst of circumstances.  This explains how believers can serve the Lord in homeless shelters, jails/prisons, and in other mission centers in the roughest of neighborhoods.  Is your patience growing or shrinking?  Allow the Lord to increase your capacity for Kingdom work.

6. Full of Joy!  Jesus said, “This is my commandment that you love one another, that your joy may be full.” (John 15 )  Many people (both believers and non-believers) have created an overbearing portrait of Jesus.  They view Him as a stern, grave, and serious figure.  Yet every picture the Bible gives us of the Lord is one of joy, laughter, and contentment.  For the growing believer, it is imperative to possess the correct picture of the Lord.  Why?  Because, “As He is, so are we in this world.”  (I John 4:17)

Finding joy and possessing joy on a daily basis gives us the inner strength we need.  “The joy of the Lord is our strength.”  (Nehemiah 8:10 )  Our inner strength doesn’t come from ourselves.  Real inner confidence comes from knowing the Lord and receiving constant revelation from heaven.  When we start looking to the Lord and worshiping Him in all circumstances…”the joy of the Lord becomes our strength.”  How about you?  Is your spiritual inner core stronger today than last year?