choosing to be obedient, circumstances which do not change, confirmation of the known will of God, drink from the cup, geography test, God's Incubator, I Corinthians 10:13, intimate with God, Leonard Ravenhill quote, Luke 22:39-46, prayer, prayer is laying hold of God, praying against the circumstance change us, temptation, understanding God's language 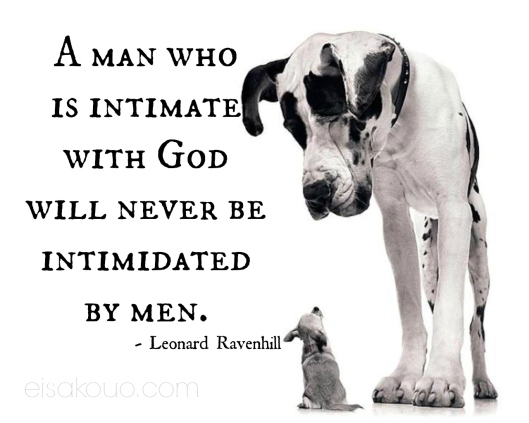 Lets face it…  there are going to be times when prayer will NOT change what’s going to happen. God is still God and we are still His servants. No matter how much we pray, the outcome will still be the same. So, why pray?

The reason for keeping our prayer life current despite the circumstances was exemplified by Christ in the Garden of Gethsemane. Three times Jesus asked His Father to change His circumstances…. three times He was denied a more favorable outcome. (Luke 22:39-46) It was far better for you and me that God denied His request. So why pray then… because we still need something from God. Our prayer then becomes more of a confirmation of the known will of God.

A minister noticed a young boy kneeling off to the side of the room after youth group and praying very fervently. As the preacher came within earshot of the boy, he was surprised to hear the boy saying: “Tokyo, Tokyo, Tokyo.”

After the boy finished his praying the preacher approached him and said, “Son, I was very pleased to see you praying so devoutly, but I couldn’t help but overhear you saying something like ’Tokyo, Tokyo, Tokyo.’ What was that all about?”

The boy replied, “Well, I just finished taking my geography test in school, and I have been praying as hard as I can that God would make Tokyo the Capital of France.”

Maybe you too have been in a place like this.  Is God really going to change the capital of France to Tokyo?  I don’t think so. Prayer is a powerful tool, but the outcome will still be the same. So do we continue in prayer when we know the outcome will not change?

39 And He came out and proceeded as was His custom to the Mount of Olives; and the disciples also followed Him. 40 When He arrived at the place, He said to them, “Pray that you may not enter into temptation.” 41 And He withdrew from them about a stone’s throw, and He knelt down and began to pray, 42 saying, “Father, if You are willing, remove this cup from Me; yet not My will, but Yours be done.”

43 Now an angel from heaven appeared to Him, strengthening Him. 44 And being in agony He was praying very fervently; and His sweat became like drops of blood, falling down upon the ground.45 When He rose from prayer, He came to the disciples and found them sleeping from sorrow, 46 and said to them, “Why are you sleeping? Get up and pray that you may not enter into temptation.”  Luke 22:39-46

I don’t think Jesus was praying so much for His circumstances to change as much as He was praying against the circumstances changing Him. We know from the Gospel narratives that Jesus warned and instructed His disciples to “Pray that you enter not into temptation.”  This warning was given three times. The disciples fell quickly into temptation’s snare… Jesus walked away from the temptation to exit God’s process.

When did this “cup” become so important to the Lord. Jesus had never mentioned having to “drink from a cup.”  Let me abbreviate here… Drinking from the cup meant Jesus was choosing for Himself to stay in God’s process every step of the way.  No deviation.  The “cup” was shorthand describing Jesus’ process. I believe also this “cup” was the Father’s language to His Son.  Yes, it can be found it scripture. But in Jesus’ mind it described everything He would be going through in the next few hours. I am sure Jesus had prayed about it numerous times. The cup might not speak to you, it might not speak to anyone…. but it sure spoke to Jesus and described precisely what He would be enduring.

Have you ever noticed how I sign the end of my blogs? For the past few months I say…”From God’s Incubator.” Now, this means absolutely nothing to anybody else…but to me, it means a lot. It describes what I am going through. One word reveals everything.  Where did I get it?  From my wife… no, but she heard it from the Lord. We have prayed about our incubator on numerous occasions. It is interesting. When God speaks, you start talking like Him!

Why is all this important? Because when you grow in the Lord, it is not about you simply following orders. There is a greater level of obedience. Eventually we each need to grow to a level of choosing for ourselves to be obedient. We stop talking about “God making us do things.” Instead, we are obedient to His word because we want to obey. The Father wants more from us than blind obedience. He wants us to choose His will for ourselves. Every parent longs for the day when their children want to brush their teeth, take a bath, and clean their room on their own. Jesus wasn’t simply going to the cross because God wanted Him to go… He was choosing the path of the cross… Himself.

Listen, all Jesus had to do was slip off about 30-40 feet, or even less, and crouch down to pray. No one would have even found Him there. He could have said, “Well, Father, I was there but Judas and his gang didn’t see Me… so I was going to do Your will, but they missed me.” You say they could have caught Him later, but then Jesus wouldn’t have been crucified directly before the Passover.  Jesus made sure that Judas’ crew found Him. He basically delivered Himself into their hands. Why? Jesus drank for Himself the cup His Father placed before Him.

In closing, there is a verse of scripture that has always troubled me.

13 No temptation has overtaken you but such as is common to man; and God is faithful, who will not allow you to be tempted beyond what you are able, but with the temptation will provide the way of escape also, so that you will be able to endure it.  I Corinthians 10:13

This verse proves once again that prayer isn’t ALWAYS about changing our circumstances and fixing our problems. Sometimes God’s escape plan is being able to endure what is coming our way. Prayer then, is about laying hold of God…

Prayer is just an affirmation of what we know is already true. Jesus prayed three times for His circumstances to change… all to no avail. In the end, when all of His close friends abandoned Him, He had the comfort of knowing He was in the center of God’s will. Jesus’ prayer life confirmed it.