It is not unusual for Christians to hear a challenging word from God, only to take a step of faith to trust God, and then afterward experience even more difficult situations. During these times we can get very discouraged because it appears our very obedience is the reason for our difficulties. Why would obedience create more problems? Because, God has a higher purpose! The Lord has a higher purpose for your life as well.

Luke 1 reminds us God was looking for parents He could trust to bring John the Baptist into the world. Zechariah and Elizabeth demonstrated their trustworthiness, for they did not turn against God or stop serving Him when things weren’t going their way. Their whole married life they had been praying for a child, but were not able to conceive. Yet, they both remained faithful.

Job is another servant of the Lord who remained faithful in good times and bad. When events turned against Job…

Job fell to the ground in worship and said: The LORD gave and the LORD has taken away; may the name of the LORD be praised.” In all this, Job did not sin by charging God with wrongdoing.  Job 1:21-22

Even Job’s wife told him “Curse God and die!”  Mrs. Job must have been a lovely woman to live with! Job simply replied, “You are talking like a foolish woman. Shall we accept good from God, and not trouble?” (Job 2:9-10)

There is always a choice for us when things are not going our way. We can lose faith and turn from God, or we can totally trust Him. Someone said, “Sometimes a roadblock is not a dead-end, but a detour to a new road in life.” When we let God answer our prayers for His purposes we will probably experience a roadblock like those just mentioned. If we remain faithful to God’s larger purpose, we will discover it is not the end of the road. It is only a change in direction leading us to God’s new destination for our life.

Do you want to be used by God for His purposes? Do you want your prayers answered your way, or do you want something bigger and better which God has purposed for you? Zechariah and Elizabeth waited a long time and suffered disgrace and discouragement. But when their prayer was finally answered… it was their son who was chosen to point the world to Jesus.

I believe, more than ever before, we need people to point the way to the Lord. I am not talking about people who act religious. As I have stated before, the world is on to us.

A man was flying from Seattle to San Francisco. Unexpectedly, the plane stopped in Sacramento along the way. The flight attendant explained that there would be a delay, and if the passengers wanted to get off the aircraft, the plane would re-board in 50 minutes.

Everybody got off the plane except one gentleman who was blind.

The man noticed him as he walked by and could tell the gentleman was blind because his Seeing Eye dog lay quietly underneath the seats in front of him throughout the entire flight. He could also tell he had flown this very flight before because the pilot approached him, and calling him by name, said, “Keith, we’re in Sacramento for almost an hour. Would you like to get off and stretch your legs?”

The blind man replied, “No thanks, but maybe my dog would like to stretch his legs.”

All the people in the gate area came to a complete standstill when they looked up and saw the pilot walk off the plane with a Seeing Eye dog!

The pilot was even wearing sunglasses. People scattered. They not only tried to change planes, but they were trying to change airlines!

Who wants to board a plane with a blind pilot! Likewise, we need real prophets, leaders, teachers, and preachers. We need the Lord to raise up real prophets like John the Baptist. In order for this to happen…we must be willing to let God answer these types of prayer in His Own Time, in His Own Way, in His Own Power, and for His Own Purposes. It will not be the easiest road because we will have to grow up in our faith and we will have to accept His plan over our own. Are you ready?

For hundreds of years the prophets spoke of the Messiah’s coming. They gave over 300 specific details describing the Messiah. Jesus fulfilled them all in detail!  The angels also gave witness to Jesus’ divinity when they came with a message for the shepherds: “For there is born to you this day … a Savior, who is Christ the Lord.”  (Luke 2:11)   Even nature itself testified to the arrival of the Messiah with the star that led the wise men. (Matthew 2:1) 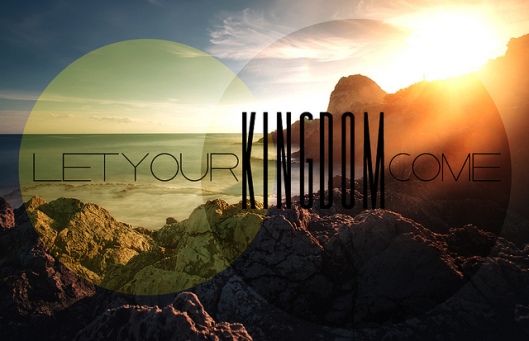 Jesus put the credibility of the prophets, the angels, and nature on the line with one incredible statement.  “Unless I do the works of the Father, do not believe me,” (John 10:37) Wow!   Their ministries would have been in vain without one last ingredient to confirm who He really was. That ingredient was miracles.  Most try to stack the deck in their favor… Jesus did the polar opposite.  Jesus didn’t point to the past and say to His detractors, “Hey, remember those prophecies, angels and star.  They spoke about Me.  Believe in that miracle.”

Jesus gave people the right to disbelieve in Him if there was no current demonstration of power upon His ministry. He in essence was saying, “If you need more credible evidence of My authority, look for power manifestations of the Father in My ministry.”

What if the church made this same type of statement to the world?  “Hey, if we’re not doing the same types of miracles that Jesus did, you don’t have to believe us.”  What would happen?

Jesus’ ministry bore the authentic signature of His Father because He knew the Father’s heart.  Even as a twelve-year-old boy, Jesus knew God’s will for His life.  He called it “My Father’s Business.”   The first and only recorded words of Jesus in His youth were all about His purpose. Obeying the Father was His whole ambition. Later in adulthood He confessed that obeying the Father remained His priority. It actually brought Him nourishment—”My food is to do the will of Him who sent me.”  (John 4:34)

Jesus’ statements such as:

All these statements testify of His utter dependence on the Father, and His one passion to please Him alone.

These same lessons must be learned by all who follow after the Lord.   Jesus was a 12-year-old with priorities that were different from everyone else. If Jesus could have learned the importance of the “Father’s Business” at the age of twelve…SO CAN WE!   The following illustration shows how.

The year was 1930, and it was the year of the Naval Conference in London. King George was to address the opening session. Radio was in its infancy, but through this media the king’s message was to be carried around the world. Just before the king was to go on the air, Walter Vivian, a young engineer of the Columbia Broadcasting Company, discovered a broken wire in the transmitter. This was tragic! There was no time for repairs, and the world was waiting to hear the message of the king. The young engineer discovered what to do: He took a piece of broken wire in one hand, and a piece of broken wire in the other hand, and for fifteen minutes Walter Vivian took two hundred and fifty volts of electricity through his body so that the king’s message might go through. Wonderful! The world is waiting to hear the message of the King, and the one way for that message to go through is as it is carried to a needy world through us who profess to be His disciples. Can the King’s message be transmitted through you?

I encourage you to seek the Face of the Lord today and value the Presence and Business of the Father above all else.