You can’t have a decent discussion about the Promised Land without mentioning “GIANTS!”  Giants are the reason the Wilderness Wondering took 40 years instead of 9 months.  Yikes!  The issue of giants needs to be addressed or we too could spend much longer in the desert.  Whatever assumptions or preconceived notions we have need to be replaced with honest spiritual truth.

Someone once said, “The spiritual fact is God’s blessings and promises cost what they cost and they never go on sale.”

Yes, God wants to prosper you and bless you, but sometimes you’re going to have to go through some things before the blessings arrive.

Sometimes you have to struggle and sometimes you have to fight.  The struggle is by design.  There is something in the struggle that is necessary for us to become all God has ordained us to be.  It is important that we understand this and continue to believe God has our best interest at heart, even though there are giants in the picture.

Someone forgot to remove those “giants” before God’s people arrived.  How could God have forgotten that minor detail?  If He had just removed those giants before the spies spotted them, then they could have proceeded, believing the promise without hindrance.

Has it ever occurred to you that nothing ever occurs to God?

It appears that God left those pesky giants in the Promised Land on purpose!  Why?  Here are 11 reasons.

#1 God’s People Need to Learn How to Conduct Spiritual Warfare.

Giants were not unlike the previous obstacles Israel faced.  They had to cross the Red Sea, get water from the rock, and rely on manna from God every morning.  These giants shouldn’t have appeared any more daunting to conquer.  Except the children of God pictured themselves fighting the giants alone.   The truth is that God wants us to learn the art of spiritual warfare.  We do not have to fight alone, but learn to fight in the power of His might.

#2 Giants Help Distinguish the Difference Between Professors and Possessors.

It’s one thing to confess the promises of God. It’s another thing to strap on your sword, go toe to toe with your giants and possess your promises.

#3 Giants Expose the Grasshoppers in the Crowd.

When giants show up, grasshoppers speak up! Grasshoppers usually blend into their environments but giants uncover them. 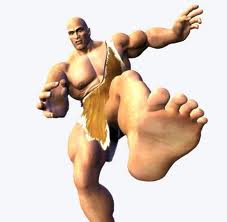 #4 You Get to Know Yourself in the Struggle.

Have your struggles brought out the truth about your beliefs?  If they haven’t, they will.

#5 You Get to Know Your God Because He Is Your Only Help.

The LORD said to Moses, “Is the LORD’S power limited? Now you shall see whether My word will come true for you or not.”  Numbers 11:23

“The secret things belong to the LORD our God, but the things revealed belong to us and to our sons forever, that we may observe all the words of this law.”  Deuteronomy 29:29

God doesn’t want to be one of many sources in our lives.  He desires to be our only source.

#6 You Discover the Value of Real Strength by Putting Down Roots in God’s Word and Prayer.

Before you can grow-up, you grow down.  Giants cause us to grow down into God and His word.  You will choose to stand on God’s revelation or you will run from your struggles and flee from the circumstances.

#7 You Become Aware of the Excesses and Unnecessary Things in Your Life.

Giants cause us to take serious inventory of ourselves.  Like Abraham, we discover that some “Ishmaels” have to go if we are to proceed to our destiny.  Giants quickly reveal the Ishmaels we have birthed.

Struggling with giants adds value to those things in our lives God has previously provided.  Listen to people who survive tornadoes.   Their house is gone.  Their car is gone.  Yet they are so thankful they are still alive and their family is together.

When you have to fight for what you have… You appreciate it more and you won’t let anyone take it from you.

#9 Giants Test Your Level of Commitment.

The only way to truly gauge your level of commitment is to walk through the struggle and see it to it’s end.

Boxers can attest to this.  They talk of having “the heart of a lion” in the ring.  When you are being punched and punched round after round, you begin to question and gauge yourself, if you want to continue.

#10 The Struggle Qualifies You for Rest.

“Let us labour therefore to enter into that rest, lest any man fall after the same example of unbelief.” (Hebrews 4:11)

I love rest.  Most people like rest.  It is a good thing.  But the promise only comes after struggles, labor, and laying those heavy burdens aside.  Real contentment comes from believing God’s Word.

#11 The Struggle Qualifies You for the Reward.

When David heard others speak of a reward, he knew the reward was only for the person who would fight and KILL Goliath.

“And the men of Israel said, Have ye seen this man that is come up? surely to defy Israel is he come up: and it shall be, that the man who killeth him, the king will enrich him with great riches, and will give him his daughter, and make his father’s house free in Israel.” (1 Samuel 17:25)

An interesting map is on display in the British Museum in London. It’s an old mariner’s chart drawn in 1525, outlining the North American coastline and adjacent waters. The cartographer made some intriguing notations on areas of the map that represented regions not yet explored.

He wrote: “Here be giants,” “Here be fiery scorpions,” and “Here be dragons.”  Eventually, the map came into the possession of Sir John Franklin, a British explorer in the early 1800s. Scratching out the fearful inscriptions, he wrote these words across the map: “Here is God.”