blessing to curse, confessing our secrets, conform to the world, creat idols after our own desires, Hideyoshi, little imaginationm, Romans 12:2, Samson, sin is easy 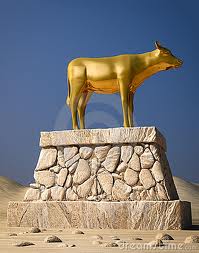 After Aaron bowed to peer pressure, he called for all the gold within the camp. The blessing of gold God gave the Israelites as they left Egypt had now become a curse.  A raging fire was built and Aaron began to craft the gold to form a calf. He shaped it quickly without much difficulty.

There are many lessons that we can learn from the making of this golden calf.  I just want to mention two.

The material was poured into a mold and shaped without any trouble. It required no originality or effort of thought.   All that was needed was a faded memory of how the calf looked in Egypt. It came so natural, so easy.

This is the way sin operates in the lives of men. It’s modus operandi is so subtle in its approach and how it just fits men’s appetites. 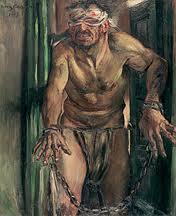 Do you remember Samson?  He was a he-man with a she-problem.  Samson convinced himself that it was not really a sin to go down and date the Philistines girls. You know how attractive the girls can be across the border.  Maybe he thought he could do some “missionary dating.”   Because he failed to deal with his sin issues, it eventually cost him his ministry to his own people.  Sin easily led him to Delilah.  She led him to confessing his secrets.  Once his secrets were known, he lost his sight and was imprisoned in a heathen temple.

Samson didn’t wake up one day thinking, “I want to be a bald, blind slave serving the Philistine gods.”  No, it took some time.  Eventually sin caused Samson to conform as it does everyone who fails to go to battle against it.  This is why Romans 12:2 reminds us:

“And be not conformed to this world: but be ye transformed by the renewing of your mind, that ye may prove what is that good, and acceptable, and perfect, will of God.”

Sin is easy.  You don’t even have to work at becoming a better sinner.  All of us are on course for sin to run rampant in our lives unless we make other plans.

No one has ever been to a seminar on:

Without attending any of these seminars, most of us know something about how they work.  Why?  Sin is easy and unless we allow the Lord to conform us into something different, we will be molded into the world’s sinful form.

The idol maker infuses as little of himself as possible into the making of the idol. He is not an artist.  He is just a mechanic or tool.  The goal is to creat something divine, something beyond ourselves.  Somewhere the idol maker believes a god is just waiting to be born. 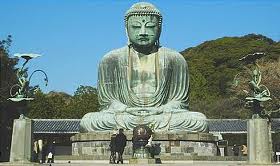 Hideyoshi, a Japanese warlord who ruled over Japan in the late 1500’s, commissioned a colossal statue of Buddha for a shrine in Kyoto. It took 50,000 men five years to build, but the work had scarcely been completed when the earthquake of 1596 brought the roof of the shrine crashing down and wrecked the statue. In a fit of rage Hideyoshi shot an arrow at the fallen statue, and then he shouted, “I put you here at great expense, and you can’t even look after your own temple.”

The idol in our story was made in a day.  It required little thought or imagination.  The gold was mixed with other alloys, put in a mold and cast.  Shazzam!  The refugees from Egypt had a new god to serve…one they could now see, believe, approach, and worship.

Their idol became everything they thought God wasn’t.  Wow!  Most of our idols work this way.  Sin causes us to create idols after our own fleshly desires.

Hey, have you failed to place your sin and idols upon the altar of the Lord?  Have your unbridled sins become an idol of your own desires?  It is time we become honest with ourselves and allow the Lord to identify and cleanse every area of our lives.  Are you ready?