be it unto me according to Your word, Christimas Story, ignorance asks for understanding, Luke 1, Mary, obedience, silence, unblief asks for proof, voice of unbelief, Zacharias 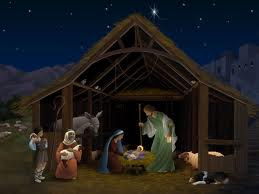 Christmas is upon us again.  It is during this time we hear “The Christmas Story“. One of my favorite sections of the Advent Story is how God orchestrated the whole event.  The Lord initiated the event by speaking to the parents of both John the Baptist and Jesus.  One set of parents was older and the other younger.  In addition, their response to the Lord’s instructions was radically different.

First, Zacharias was given a promise from God that was beyond his comprehension.  (Luke 1:5-24) He was told he and his wife Elizabeth were going to have a son in their old age. It was difficult for him to believe, so he asked God to give him confirmation.  Apparently an angel speaking to him inside the temple wasn’t a big enough sign! God silenced him for nine months.

At first glance this might appear to be too harsh.  We need to understand the bigger purposes of God.  When God silences the voices of unbelief, it is usually because their words could affect the outcome of a promise. Silence is not a bad alternative if you’re prone to destroying the word of God with your own mouth.

When Zacharias saw God’s promise fulfilled, he chose to name his son according to the command of the Lord.  All this stood against the wishes of his relatives.  They thought Zacharias would name the child after a member of the family.  When Zacharias chose obedience to the Lord’s initial word,  God loosed his tongue.  Obedience against popular opinion will often reintroduce someone to personal faith.   This a faith that goes against understanding.  (See Luke 1:57-66)

The Lord also gave instructions to Jesus’ parents, specifically Mary.  Like Zacharias, Mary was also given a promise beyond comprehension.  She was to give birth to the Son of God. When she couldn’t understand, she asked how it was possible since she was a virgin.  (See Luke 1:26-56)

She too was blown-away by the magnitude of the Lord’s words.  The difference here is profound.  Mary didn’t ask for a sign or confirmation.  She asked for further understanding of the Lord’s plans for her.  As Bill Johnson says, “Understanding a promise from God has never been the prerequisite to its fulfillment.”  How many of us have had to learn the hard way, we do not have to understand everything the Lord is doing in our lives in order for it to come to pass. 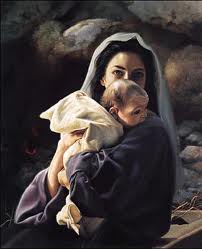 Ignorance asks for understanding; unbelief asks for proof. Mary stands apart from Zacharias because, while being ignorant, she surrendered to the promise. Her cry remains one of the most important expressions the Church can learn in this day—“Be it unto me according to Your word.”

So we have the choice: to stand in the shoes of Zacharias and lose our voice, or walk in the ways of Mary and invite God to restore to us the promises we cannot control.

Who do you want to be like?  It is imperative we not lose our voice due to lack of faith in what God is doing and calling us to do.  Lets be in agreement with Mary’s prayer today…”Be it unto me according to Your word.”