Abraham, born in Egypt, do you want to go back to Egypt?, Egypt as a source, Exodus 1:1, Isaac, Jacob, spiritual bondage, trusting God's rescources, wrong way

Exodus 1:1 Now these are the names of the sons of Israel who came to Egypt with Jacob; they came each one with his household:

These seventy plus people after 400 years exploded into a mighty nation of people, each BORN and remaining there.  They did not do anything to get into Egypt; they were born in Egypt.  Since Adam and Eve, everyone born into this world is born into sin.  There no exemptions.  The Book of Romans reminds us “for all have sinned.”

Unfortunately, no one is born with the capacity to do good in and of himself.  “The heart is deceitfully wicked and there is no good in it.”  You do not have to worry about finding Egypt, it is born in your heart. From the earliest of ages of development Sin/Egypt longs to express itself in us.

The world would have us to believe that man’s nature is basically “good” and will evolve into something better.  Christianity teaches that man is evil and will progressively express more of his evil nature.

We all start in Egypt with Egypt in our hearts.  As life moves on, we can move further into her midst and live in bondage or be delivered.  No one is born out of the influences of Egypt.  Some are just a little less closer to the border than others.

PRAISE THE LORD!  This is exactly why Jesus came.  He came to set us free from the bondage of sin and deliver us into the realm of God His Father. 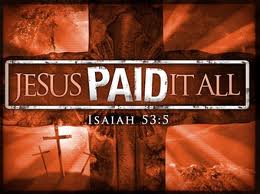 – Unfortunately, Some Keep Egypt As A Source –

A familiar occurrence happens in the lives of all three patriarchs in Genesis. (Abraham, Issac and Jacob)  FAMINE!

Abraham, while living in the Promised Land, turned to Egypt as his source during famine.  (Genesis 12:10)  OK, lets give Abraham the benefit… he overshot the goal of the Promised Land and wound up in Egypt.  Maybe he just wasn’t sure about the boundaries.

But what Abraham didn’t understand before, he clearly understood afterward.  God’s provisions couldn’t be found wandering in Egypt.  The whole ordeal nearly cost him his life, wife, and future family.

Isaac too, while living in the Promised Land, turned to Egypt as his source during a time of famine.  (Genesis 26:1-2)   Now Isaac didn’t quite make it into Egypt.  If the Lord had not told him to stop, he would have gone into Egypt like his father, Abraham.

Isaac stopped in the future land of the Philistines, Gerar.  It is worth noting that the same problem that plagued his father, plagued him.  The king wanted to take Isaac’s wife for himself.  Isaac offered up the same fleshly response…he tried lying his way out of the situation.

Ultimately, because he stayed in Gerar, God blessed Isaac.  During famine Isaac sowed and reaped 100 fold.  That’s almost impossible during the best of times.

Jacob – Is an interesting story.  Here is a family man during a time of famine who desperately did not want to go down to Egypt.  But ultimately, he did turn to Egypt for provisions.  It took over 400 years before the Lord moved them out.

For each generation Egypt (worldliness) remained a temptation and source as it does for us today.  When we finally cleanse our system of Egypt, we are able to enter into the Promised Land of God.   But when we turn to the world as a source, we will experience times of dryness and periods of circumstantial lack.  Just because everyone else is turning to Egypt for their supplies doesn’t mean the believer has to go there!

She exclaimed, “One car! There’s hundreds of them!”

You would think as many people as we have seen trapped by Egypt’s snare…we all would know better.  But the pressures, both within us and without, cause us to look longingly upon the resources of Egypt.  Remember Egypt is nothing more than human/worldly solutions to a spiritual problem.

Your problems and my problems are ultimately spiritual and can only be solved by God.  We have to approach Him and trust in His resources.

There was a man who was standing in front of a church and someone walked by and said, “What are you doing.” The man said he was thinking about asking God why his life was such a mess.

The passerby said, “Well why don’t you ask?” and the man shook his head and answered with a sigh, “I’m afraid he’ll ask me the same question.”

The opportunity to turn back to Egypt will always be present in our lives.  We must understand that bondage always accompanies going back to those old places.  Like the patriarchs, who sojourned in those places, we can be restored…but the journey will be costly. 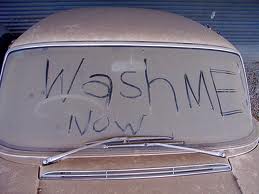 There was a family that lived in the Northeast part of the country. In the bitterly cold part of winter their car had become especially dirty, what with road salts, frozen slush, and other wintry deposits. Conscious of the condition of their car, this family was driving down the road and came across an unusual sight. Water was gushing into the air from a broken pipe, beneath the surface of the road.  A work crew had arrived and was just getting set up. Simultaneously, the family concluded that this was the perfect occasion for a car wash. They pulled the car far enough forward to park under the shower of water. The road crew watched, somewhat puzzled, and a little amused.

Since it was still bitterly cold, they left the engine running, and kept the heater going as well. In a short time, a rather unpleasant odor began to dominate. It was about this same time that the family noticed that the water which was running down the windshield was not clear, not clear at all.  Finally they understood the problem—they were not parked under the shower of a broken water main, they were under the shower of a broken sewer main. Quickly. they departed, watching the filthy matter freeze to their car in the bitter cold of that day.